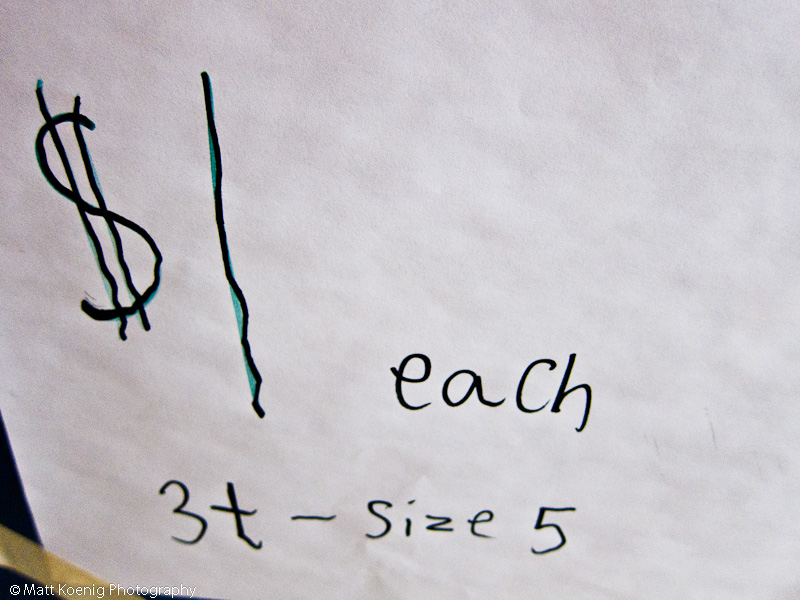 We were garage sale noobs and at the end of the day it really showed.  But despite everything, we did make some sales and most importantly we got rid of more clutter.  We also learned some important lessons along the way.  Here are 5 lessons we learned from our first garage sale.

So how did we do on our very first garage sale?  We ended up selling over 40 individual items and bringing in $125.  Could we have made more money with better advertising and more aggressive pricing?  Probably, but the big win of the day is that we are now 40 items lighter and to me less clutter means we’re one step closer to realizing our sabbatical goal.

We plan on having one more garage sale before we depart despite not really feeling that it’s worth the effort.  It takes a lot to price everything, move it out into the yard, sit around negotiating with people and then move everything that didn’t sell back into the house.  I think when one takes into account the time involved that Craig’s List and eBay are better more efficient avenues of selling.

Have you ever put on a garage sale?  What have your experiences been?  What tips can you offer to the garage sale rookie?