Applying For a Spousal (K3) Visa in Indonesia (Part 2) 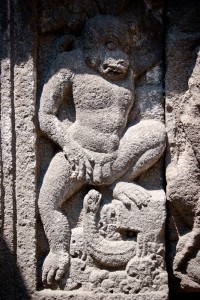 On Tuesday I started a story about our ordeal in getting a spousal visa for my wife so that she could return to the US with me.  We had initially solicited the help of a local agent that ended up being a disaster and a complete waste of time and money.  If you missed the first part of this 2 part post you can read it here.

On the Right Track

At this point we felt like we were on the right path in navigating the bureaucratic maze and well on our way to getting the visa in time for our departure to the US.  But that all came to a crashing halt on what we had hoped would be our last day at the embassy.

We felt pretty confident that we had jumped through all the hoops and had all of our paperwork in order.  We had gotten documents that were in the Indonesian language translated into English by embassy approved translators.  We had gone and taken a multitude of photos that would be stapled to forms and used for the visa.  We needed photos of us together and photos of us individually.  We had our marriage certificate ready to go, or at least that is what we thought.

As we waited at the small window eagerly peering in at the embassy representative who was leafing through all our forms we saw her stop at the marriage certificate.

“Where is your government issued marriage certificate?” she asked.

This was turning out to be a disaster and I was becoming frantic.  The stress levels were running high.  At this point it appeared that I would be returning to the US by myself while my wife figured out how to get the necessary marriage certificate.

Then we had a lucky break.  One of my wife’s relatives had a connection in the local government and as is so often the case in Indonesia he made a few calls and called in a few favors.  We made our way back to Bandung and were soon meeting with a government official regarding our marriage (we had to meet with an official from the area in which we were married).

$50 and a Playboy Magazine

My wife and I sat at this official looking table across from the official while he looked at our “other” marriage certificate.  After paying the $50 “fee” he had us raise our right hands and officially married us in the eyes of the Indonesian government.  The only thing left was to get a supervisors signature on the certificate.  Unfortunately the supervisor was away on training and wouldn’t be back for several days.  Drat this bad luck!!  But then the official who had just married us had a brilliant idea.  He would travel the 2 hours to the training location, interrupt the training session, get the signature and then travel back.  By the next day we would have our precious marriage certificate all in time to get back to the US embassy, get the visa and make out flight to the US.  It couldn’t get any more perfect than this.

But before he left on his mission he pulled me aside and in a quiet voice and broken English said,

“So when you get back to the US you can do something for me?”

I wasn’t quite sure where this was going but I rolled with it.

“I guess that depends, what did you have in mind?”  I answered.  I wasn’t quite prepared for his request.

“You can send me Playboy?”

Hmm…here was the guy who was going to get on a motorcycle, travel 2 hours to interrupt his supervisor in the middle of her training, get a signature on a form and then drive 2 hours back for me and all he wanted was a Playboy magazine.

“I’ll see what I can do.” I replied.  And that seemed to be good enough for him as a big smile rolled across his face.

The Honeymoon is Over

The next day just as promised we had our official marriage certificate.  It was time to beat feet to the embassy, flash my US passport at the gates and finally end this nightmare by getting our visa.  We were feeling more confident that we would make our flight the next day.

Not so fast!  At the embassy we submitted all the forms including our newly signed “official” marriage certificate with official English translation.  “Everything looks good!” the embassy official said.  “You can come back next week and pick up the visa packet.”  Say what?!?  Why can’t we get it right now?  Nope, no way, no how.  It just wasn’t going to be processed and ready by then.  I’d have to fly back to the US on my own as I was needed at work.  The honeymoon was officially over.

So I returned to the US alone, enduring what was one of the longest flights ever.  Being separated from your bride after only a few weeks of marriage and leaving her at the airport while you fly to the other side of the world was difficult to say the least.  But we do what we have to do when presented with difficult circumstances.

About a week after I had returned to the US my wife received a call from the US Embassy in Jakarta that the visa was ready.  So now after being back at work for only a week I had to request more time off (having already taken a month off) and fly back to Indonesia to then turn around and fly back to the US.  I considered just having my wife fly back solo but she had never flown internationally before and as it turned out it was a good thing that I returned to Indonesia.

So I took the long trip back the next week and was reunited with my wife.  We made our way back to the embassy and successfully received the visa.  There was no confetti or trumpet blasts.  It was all very low key which kind of disappointed me after everything we had been through.  It was fortuitous however, that I returned to Indonesia as I needed to sign some additional paperwork at the embassy.  All is well that ends well I suppose.

So after dealing with misguided agents, masses of paperwork, official translations, photos and the wrong marriage certificate we were finally able to board a flight to the US.  We arrived in San Francisco, made our way through immigration and customs and were officially husband and wife on US soil.

Looking back I can’t believe all that we went through but we did manage to get the visa in significantly less time than had we applied state-side.  I’m also thankful for the kind and gracious staff at the US Embassy in Jakarta who really provided us with helpful support.  In particular there was one Indonesian woman working there who befriended us, kept us updated and was really very sympathetic to our situation and tried to help expedite the process for us as best she could.

I learned a few lessons from this experience.  The first is that when confronted with obstacles and “must succeed” situations all of us have the ability to step up, adapt, get creative and overcome.  It wasn’t always fun.  It was at times incredibly disheartening and frustrating.  But we survived.

Second, when dealing with government agencies it pays to ask a lot of questions.  Ask the same question of different people too because you may just get a different answer.  Our time at the embassy was a lot like spending time with the love child of the post office and DMV (Department of Motor Vehicles).  You just have to grin and bear it.  It is what it is.

Finally, never ever give up.  Look for alternative solutions to problems.  Tap your family and friends for help.  Heck, tap strangers for help.  Do whatever it takes.  Roadblocks will be placed in front of you.  It’s up to you to find ways past them.  Don’t give up.  Nothing is impossible.