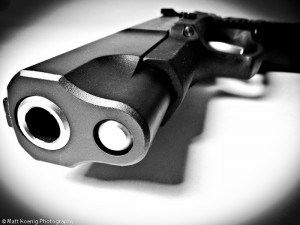 It was a phrase heard all over the news yesterday and will probably be a phrase referred to for many years to come.  “Don’t touch my junk.”  This was the phrase uttered by John Tyner a traveler who opted out of the backscatter x-ray screening at the San Diego airport and was subsequently pulled aside for an “enhanced” pat down.  After a comment to the TSA (Transportation Security Administration) officer to the effect of “if you touch my junk I’ll have you arrested” a supervisor was called in and he ultimately was not allowed to fly and was removed from the airport due to his refusal to submit to screening procedure.

Securing the safety of travelers is a subject that has been on a lot of minds since 9/11.  We all know about the enhanced security methods employed by the TSA at most airports throughout the US and what that entails for getting through security and on your flight.  Yes, we need security but at what cost?

What Is Your Security Worth?

This really got me thinking about a lot of things.  First I reflected on how, in my personal opinion, things have really gone too far in terms of infringing on individual rights and privacy since 9/11, but secondly I wondered how security is approached in other parts of the world.  Do other countries have the same concerns regarding terrorism and if so what tactics have they taken to reduce the threat?

First I want to make the distinction between airport security and personal security.  What I am referring to in this post is not individual personal security for example things such as carrying your money in a money belt or other safe place, always being alert to your surroundings, and not traveling alone at night.  I’m strictly talking about security that is out of your own hands and directed by others.  Personal security is a whole different topic that I hope to write about in the near future.

I’m talking about the security screening we go through these days as we travel from one location to another.  The last time we traveled as a family was in 2005, long before backscatter x-ray machines were in place.  I recall having to take my shoes off (I made sure I wore easy slip-on shoes), empty my pockets; and place all of our carry-on onto the conveyor belt so it could get scanned.  Then we walked through the metal detector and collected our things on the other side.  It was all pretty easy, straightforward and painless.  And this may very well be the same procedure the vast majority of people face today as well.  But I know that eventually I may get selected for additional security screening that would involve either a backscatter x-ray (naked scanner) or an enhanced pat-down procedure.

Personally I don’t like either option.  I think they violate an individual’s right to privacy and dignity.  I don’t think it’s right that a person should be subjected to what in effect is a naked scan of their body that some stranger is looking at let alone questions about the long term safety of such scanners for the frequent flyer.  I don’t think it is right that an individual can be subjected to a physical pat-down that involves actually touching the genital area.  It’s an affront to a person’s right to not be touched inappropriately.  I certainly would not tolerate my kids enduring either option.  What I find interesting is that we wouldn’t tolerate a stranger physically touching us in such a way outside of an airport (it would be considered a crime) but we tolerate it inside an airport when the government does it and it’s all in the name of safety.  Don’t get me wrong here, I fully understand the need for security but there are ways to go about it and ways to not go about it.  I think we have gone in the wrong direction.

Security Procedures Outside the US

With my own personal opinion of US security aside I am curious as to what airport security is like outside of the US.  My only experience has been traveling between the US and Indonesia where I was only subjected to an x-ray scan of my luggage and a quick walk through a metal detector and maybe a brush over with a wand.  In fact the first time I arrived in Indonesia I was walked completely around all security and out of the airport.  So my questions for all you frequent world travelers out there are:

I’m looking forward to your comments and observations from around the globe.  On Thursday I have a great post lined up on why learning a language before taking your sabbatical is so important and can make your transition so much easier.