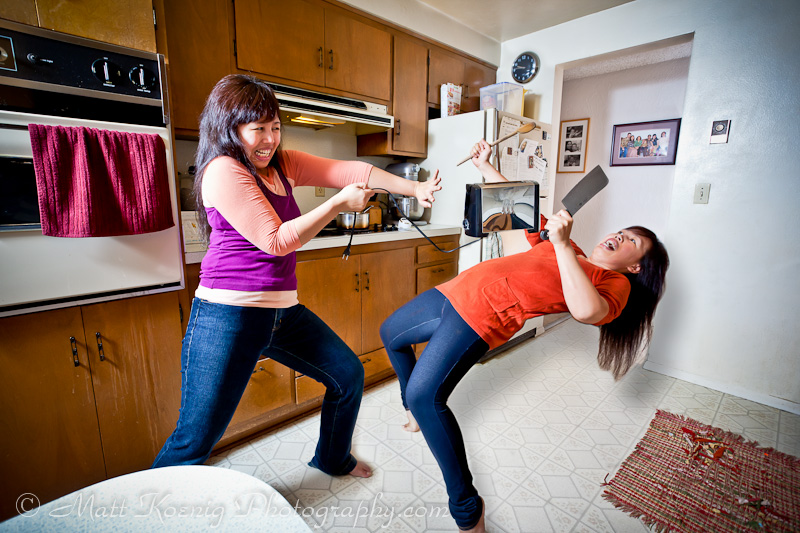 It’s been over a month since my last post and you may be wondering what’s been going on.  Is something wrong?  Why the lack of updates?  Did we make the move to Indonesia?  Are we living the good life in a tropical paradise?  This post will answer those questions and more.

One of the things that I’ve learned along this sabbatical journey is that adaptability is a good skill to develop.  Like those goofy commercials for Nationwide Insurance so blatantly point out; “Life Comes At You Fast”.  Life does happen fast and one needs to be prepared to adapt, innovate and act on varying circumstances.  Without the ability to do this it’s so easy to become trapped in circumstance which is what happens to so many of us.

We’ve had a ton of “circumstances” present themselves over the course of the past 2 months.  Many of these have had the potential to derail our sabbatical train and we’ve had to scramble and brainstorm a bit to figure out how to navigate the stormy waters.  As a result our sabbatical plans have evolved and our path seems clearer, although still littered with challenges and uncertainty.

Life Comes At You Fast

The circumstances I referred to above were all medical related.  September was not a kind month to our medical needs.  First, I had to endure both an endoscopy and colonoscopy (hopefully they changed scopes between the two) which themselves were not unbearable (it was the prep beforehand that was the worst).  Drinking that nasty prep solution and enduring a bad case of McGurggles and explosive backfires was much worse than a tube being snaked into every orifice.  But thankfully the results showed nothing of concern although in a year I will need a follow-up endoscopy.  Still it was a big hit to the financial aspect of our sabbatical planning.

Next it was recommended that one of my kids get an echo-cardiogram.  These tests are not inexpensive and with our co-pay and deductibles it is once again a huge hit to our sabbatical budget.  But there is nothing more important than the health of your kids.

My wife had some minor surgery which will better diagnose a condition that was recently discovered during an annual checkup.  Anytime a medical procedure includes the word surgery you better tighten your grip on your wallet or purse because it gets expensive really fast even when you have decent medical insurance.  But again, if you are able to potentially diagnose a serious medical condition early then money isn’t really a factor to dwell on.  Still the financial sting isn’t easily ignored.

So with all of these health related concerns we’ve really had to take a good hard look at our sabbatical planning and come up with solutions for dealing with it all.  Right now the biggest obstacle is the financial burden of paying for expensive medical tests and still have the money to travel like we had anticipated.

The Sabbatical Path is lined with Good Intentions

OK, maybe this isn’t the best proverb or euphemism to describe our situation but I think it’s important to realize that when faced with challenges we must not forget the good intentions and goals that we originally set out to fulfill.  In our case this was to take a sabbatical and experience the life and culture of Indonesia.

Admittedly I have never been good at dealing with difficult situations that challenge me in the arena of uncertainty.  I’ll typically fold rather than go all in.  But I think we all know deep inside of us that you never experience the excitement of playing the game when you fold all the time.  So we decided to go all in and purchased tickets to Indonesia for January 11th.  It’s been a tough transition to make from “We’re doing this?” to “WE’RE DOING THIS!!!!”

The Challenges of Evolved Planning

Our original intent was to stay in Indonesia for a year, hence the domain name 1 Year Sabbatical.  We eventually expanded on that to entertain the idea of living there more permanently and explored different ways to generate a sustainable and supportable income.  But with the recent setbacks in medical issues and the resulting financial burden we have decided to just spend the 4 months offered up by my employer.

This doesn’t mean that we’ve given up on the larger dream.  We’re still intent on making changes in our lives and will be looking for opportunities to create those changes, but my wife and I also realize and acknowledge that while as individuals we have dreams and aspirations, we also have a responsibility to provide for and support our kids and to that respect we are not fully willing to take the same risks we might have when there was just the two of us.

Part of the problem and challenge here is that we haven’t done a good job at defining and outlining our own personal goals.  Sure, I’ve made it known that I am passionate about photography but I haven’t defined and described what that looks like from a revenue generating perspective.  It would be foolish for me at this point in time to jump in feet first without a clearer picture of what my life as a photographer would look like and how replacement income would be generated.  The same goes for my wife and her dream bakery.  Without knowing who we are in the spotlight of our desired professional endeavors, how can we know where we are going?  And if we don’t know where we are going it’s difficult to know what direction to travel.

In photography I often frame up an image in my mind but then find that the application of my mind’s eye on scene doesn’t quite work the way I originally imagined so I re-frame it and see what that looks like.  I often re-frame numerous times until I see what I like.  Even a bad photo can often be interesting and compelling when re-framed.

Life is like that as well.  Often we need to re-frame ideas we started with but that over time have evolved into something less appealing or something that no longer lines up with our original intent.  This is called life and it’s a constantly evolving process of learning and growing opportunities that lead us down paths of misadventure.

Any circumstance that life throws at you never looks bad when you apply re-framing to it.  Take our current situation as an example.  Sure we have some medical issues to deal with and the financial aspect of all that is problematic.  But if we re-frame it to realize that we have the resources to deal with such things and catch potential health issues early it doesn’t seem as bad as it first did.  Sure we have increasing financial obligations that cut deep into our sabbatical budget but we have tickets to Indonesia and a date set.  Re-framing in life is nothing more than highlighting the positive rather than the negative.

If you made it this far then you’ll be relieved to know that I’m wrapping it up.  While it’s been a battle to deal with these unforeseen and unanticipated issues we see ourselves having two choices.  We can either throw up our hands and proceed to fall into the “woe is me” trap or we can take the high road and say, “ain’t nothin’ gonna keep me down” and re-frame things into a positive image of what is possible.

Ain’t nothin’ gonna keep us down which is why come January 11th we’ll be cruising at 40K feet on our way to Indonesia.  The rest of this story remains to be written.