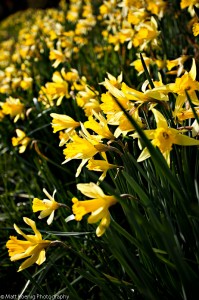 Today I was going to write with more specifics about my sabbatical proposal but instead I wanted to mix it up a bit with some events that occurred earlier this week and some thoughts on a movie I watched.

As you may or may not know I’m on a mission to take a 1 year sabbatical and move my family overseas to Indonesia which is where my wife is originally from.  And while there are times that I don’t enjoy my job I do want to have the option to come back to it after the year, hence my sabbatical proposal which I presented a few weeks ago.

But earlier this week we got news that the company is going to move our department.  Not out of state or anything but just to a different location in the building.  Now we had heard rumor that they wanted to move us to make room for training rooms but nothing had been confirmed…until now.

We currently have a pretty sweet location on the second floor of a newer building with lots of windows which bring in natural light and make for about as pleasant of an environment as you can get in Dilbert-ville.  But now it has been decided that later next month we will be relocated to the basement of the building.  That means tighter quarters, no natural light and a much less pleasant and motivational environment.

I am often asked why I would risk giving up a great job with benefits especially in this economy.  It’s usually followed by “Don’t you worry about how you will be able to support your family?”  I’d be lying if I said it wasn’t my greatest concern, worry and fear.  But if you think for one second that your job is secure you’re kidding yourself.  Maybe once upon a time there was a sense of loyalty and commitment between the employer and employee but those days are gone.  I’ll also add that from a basement cubicle perspective this question is getting easier to answer.

We all know that money is what makes the world go ‘round and that it can be a limiting factor in the things you want to do.  But what I think people don’t realize is that the cost typically isn’t as much as they think.  Sure a Mercedes or a BMW is going to be expensive but do you really want that?  Would you prefer a year living in SE Asia or Central America exploring a new cultures, connecting with new people or spending more time with your family?  Does being in control of your own time sound preferable to having someone else set your schedule for you?

Of course everyone is different and we all have our own individual needs and desires and dreams and our own degree of risk we are willing to take.  You may want the nice house and car, the white picket fence and everything that goes along with that, and you may not mind going into work each day in a basement because you love what you do.  And that’s awesome!  There is a part of me that wants that as well.  We all should be so lucky as to find the things in life that make us happy.

But as I have gotten older there is also another part of me that seeks out something more meaningful.  It’s a desire to experience and soak in as much of this world as I can.  Maybe getting older forces you to realize and come to terms with your own mortality.  Maybe it’s just a phase we all go through where we discover that we need to leave behind some kind of legacy to know that our time on this planet actually meant something, that it made a difference.  It’s this frame of mind that allows me to answer the question of how I can risk a good job with because I think there is more to life than working for a someday.

Over the weekend I watched Yes Man with Jim Carrey.  I’m not really a big Jim Carrey fan.  His facial expressions frankly scare me.  But I did enjoy this movie.  It’s about a bank employee (played by Carrey) who after a divorce withdraws from his social life and develops an increasingly negative outlook on life in general.  He ends up going to a Yes! seminar where he makes a covenant with himself to always say yes to every opportunity, request or invitation.

Yes always leads to something good.  Never avoid opportunities. They may come in any form. – Yes Man

We all should probably live our lives being more open to opportunities and possibilities and less controlled by our past.  How different would our lives be if we used the word yes a little more?  I don’t want to look back on my life and say I wish I had taken that opportunity or I wish I had taken that sabbatical to Indonesia.  Hey, it’s my life and I can live it the way I want to.

The world’s a playground. You know that when you are a kid, but somewhere along the way everyone forgets it. – Yes Man