Taking a Sabbatical in Indonesia 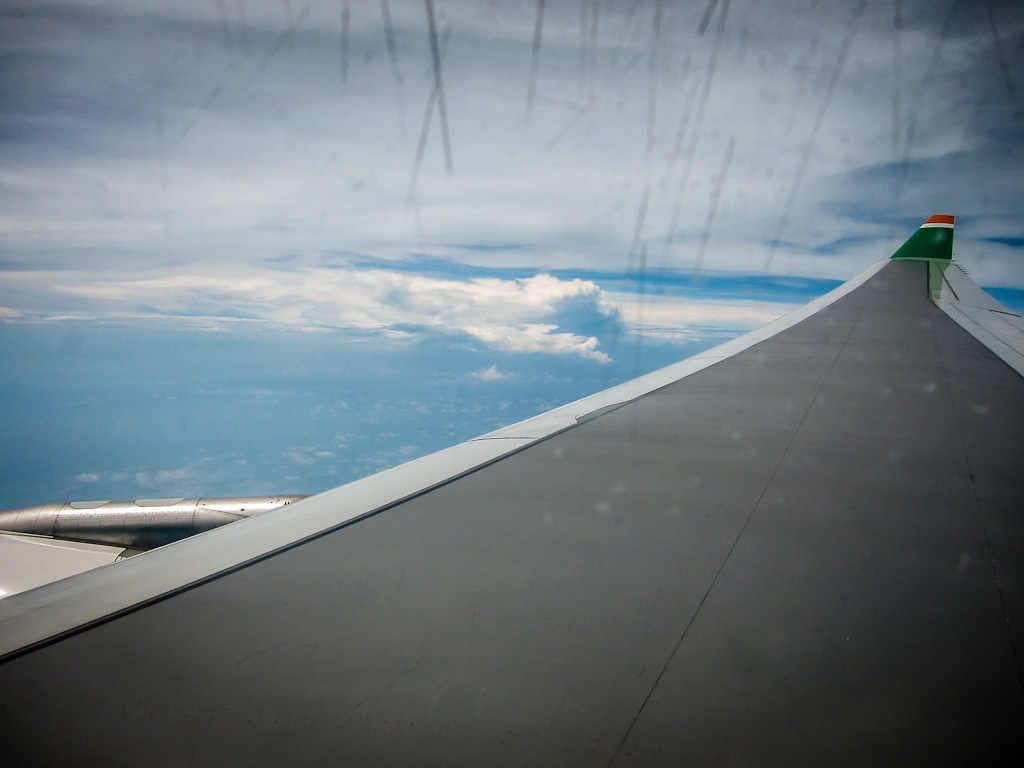 The view from 40K feet on our way to Indonesia

After nearly 24 hours of combined flight and transit time we finally landed in Jakarta Indonesia to officially kick off our Sabbatical 2.0.  We couldn’t be more excited or happier.

Our sabbatical started with a road trip to Seattle in a rented mini-van also known as the “Swagger Wagon”.  After stopping off at my Mom’s house in Bremerton for a quick dinner we drove to SeaTac, dropped off the rental car and checked our luggage at the EVA Air ticket counter.  Then the waiting game began.

After a brief layover in Taipei after an 11 hour flight we landed in Jakarta and were greeted by family and hot humid weather.

It feels so good after all the planning, setbacks, regrouping and sacrifice to be sitting here in Bandung.

I’ll be honest with you, the 48 hours leading up to our departure wasn’t easy.  I had a lot of mixed feelings going on inside my head.

I was excited about the sabbatical journey but I was also filled with a lot of anxiety and worry.  It seems strange that these two seemingly opposite ends of the emotional spectrum would play out in my mind but I think that when doing something like taking a 3 month sabbatical it’s natural to have some conflicting feelings especially in the midst of intense planning and organization.

I actually had moments where I wanted to cancel it all and not go.  I felt a lot of homesickness and I hadn’t even left home yet.  In the week leading up to our sabbatical I would go about my regular daily activities but think to myself; “This will be the last time I will do this or awhile.”  It was rough and I didn’t respond well to the pressure and became a bit withdrawn at a time when my communication with my wife and family needed to be strong and unwavering.

We had dinner at my Mom’s before we departed to the airport and I just wasn’t myself.  I was trapped in a whirlwind of emotions and there was nothing I could do but just hang on for the wild ride.

It wasn’t until after we lifted off from Seattle and the reality that we were now on our way hit me that the old feeling of International travel slapped me across the face.  This is exactly what my good pal Mark Powers said would happen. 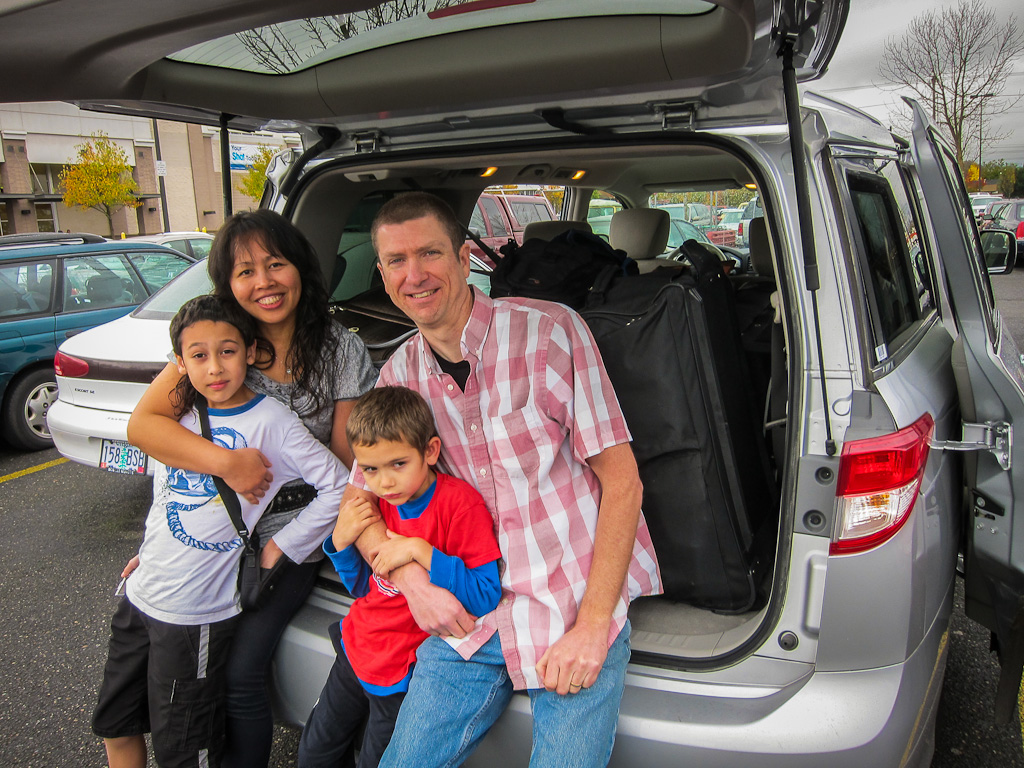 Here we are at the very beginning of our sabbatical heading to Seattle. 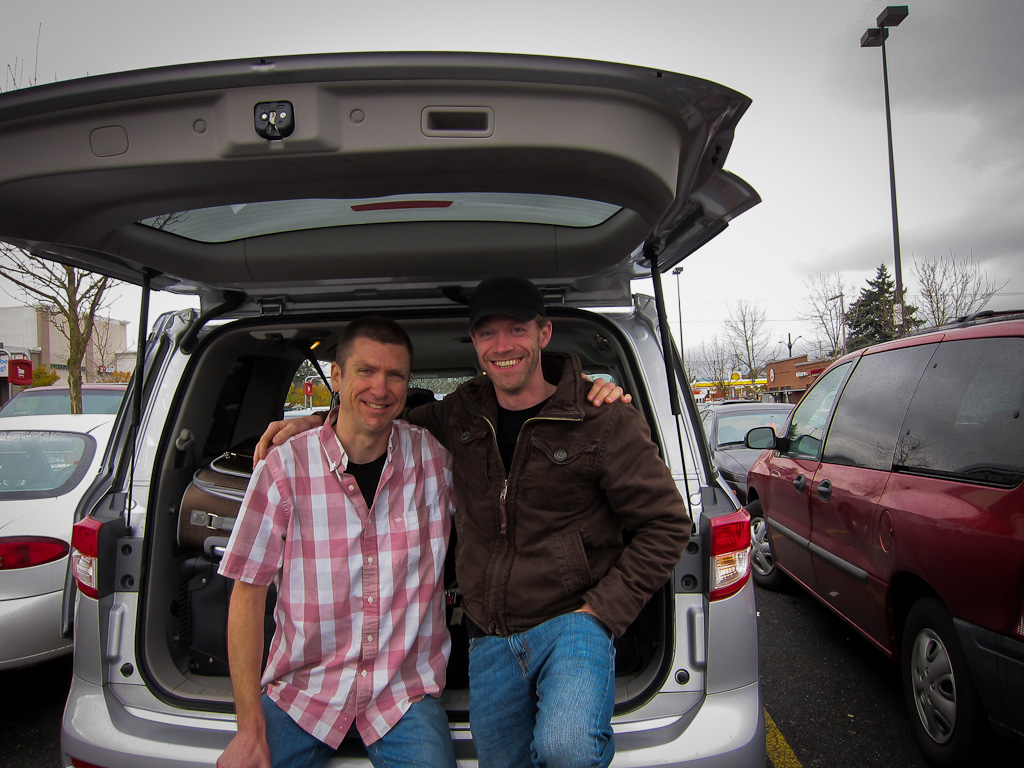 My good pal Mark Powers who met us in Portland as we made our way to Seattle.

I remember that same feeling back in 2001 when I first went to Indonesia to get married, and again in 2005 when we last spent 2 months here.

It’s a feeling that I find hard to describe so the best I can do is say it’s an overwhelming feeling of anticipation of experiences in a world that is far larger and more diverse than we realize.

Flying at 38K feet over the earth and watching the flight compass on the screen in the seat in front of me I felt the excitement building.  I had this sense of pride at everything we had done to reach this point.  The planning, sacrifices, financial saving, the fights and arguments, the disappointments.

But we persevered.  We did it!

We will be spending the next few weeks settling in and getting acclimated to everything here before embarking on a few big adventures.

I’ll be working on a more in depth budgeting spreadsheet on the real cost of living here in Indonesia.  I’ll be sharing our experiences as well as tips for your own sabbatical.

And of course I will be taking lots of photos along the way. 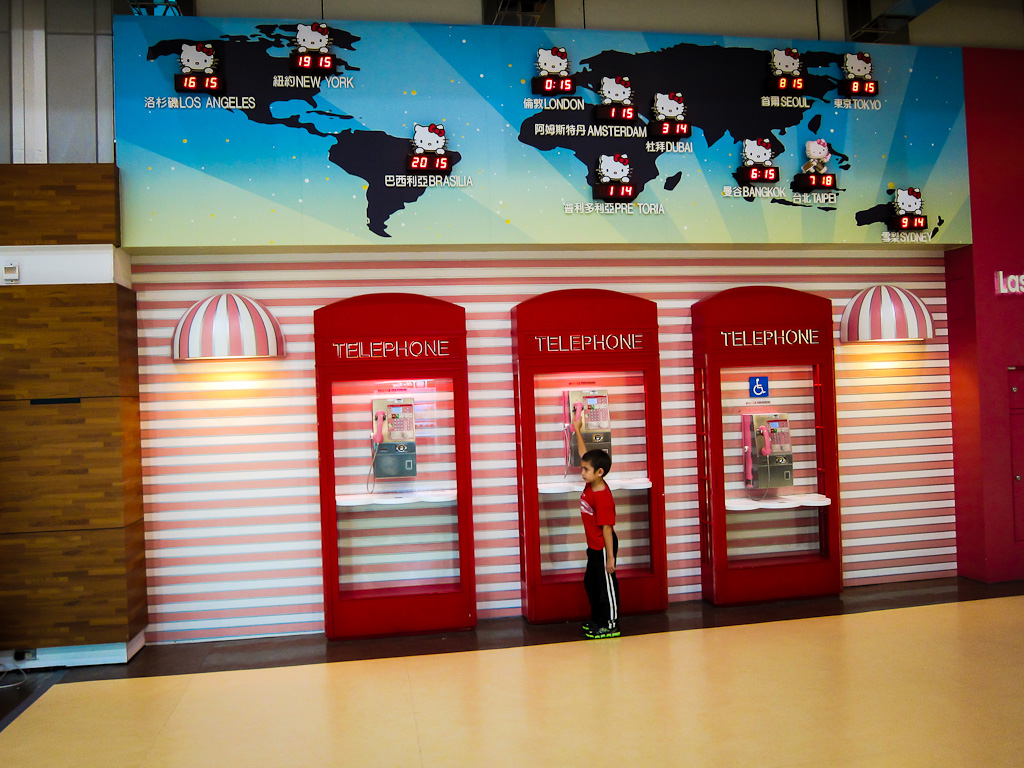 My son wanted to talk on the pretty phones in the Taipei airport during our transit to Indonesia.

I’ll end this post with a few thoughts.  To have great experiences in life you have to be able to break through the barriers that may be holding you back.  In my case they were mainly inhibitions of my own mind.  The way we think can really be detrimental to our life experiences if we find ourselves unable to break free from self defeating thinking.

Had I given in to all the thoughts bombarding my emotions in the weeks leading up to our departure I wouldn’t be writing this from Indonesia while listening to the falling rain from passing thunderstorms.  Instead I’d be living my same tired routine, doing the same things and wondering what life could have been like had I gone on that sabbatical.

If you have a dream spend time planning how to make that dream happen, then spend more time putting in place specific actionable steps to reach that dream and finally realize that your own thoughts and emotions may attempt to sabotage you and keep you from final implementation.

I know it can seem difficult but break free of those fears and do it anyway.  You will thank yourself forever.